THE TIME IS NOW

Divergent cultural identity experiences have led to intense polarization and hyper-partisanship, and a deepening lack of trust in core institutions. This trend will continue to disrupt organizations and communities for the foreseeable future.
The Social and Organizational Leadership Series focuses on the necessary mindsets and skills needed to navigate the intersecting organizational and social issues that stakeholders will bring to your doorstep. 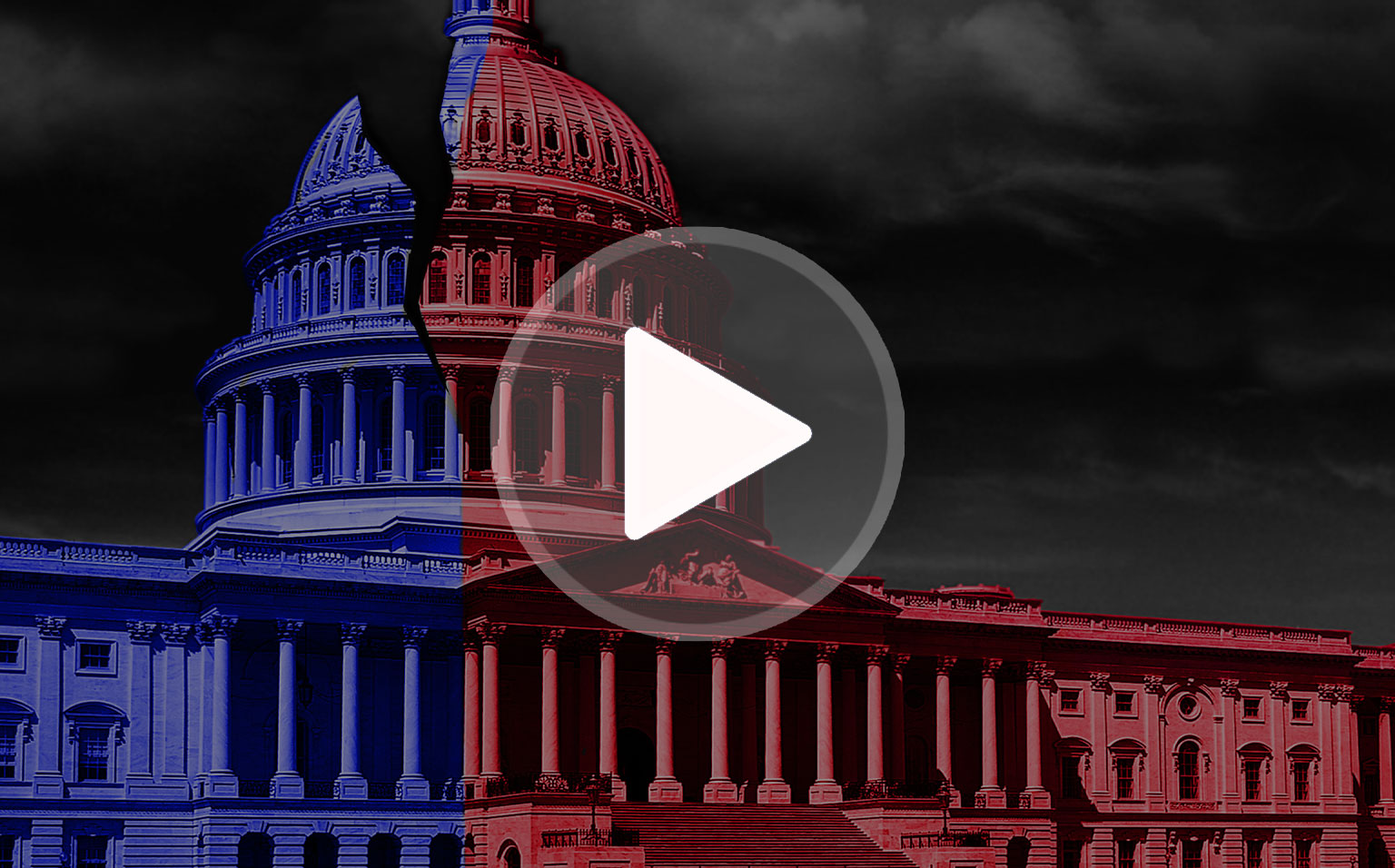 The Social and Organizational Leadership Series is a timely experience.

Recognizing the impact that competing histories, experiences, facts, social agendas, social media narratives, cultural experiences, and worldviews have on you and your organization.

Reflecting on the data you store in your "identity database" and considering their impact on your worldview.

Exploring how your core identity dimensions shape how you show up at work and in the community. Explore how they also shape your decisions and interactions with colleagues and stakeholders.

Exploring the historical forces at play in your life and learning to identify and interpret how they impact national identity, cultural communities, and organizations.

Assessing the different levels of social power you and your stakeholders hold and how those with lower social power coalesce with allies to increase their influence and amplify their voices.

Recognizing the importance of social movements - what's behind them, and how they can impact you, your employees, and your organization. 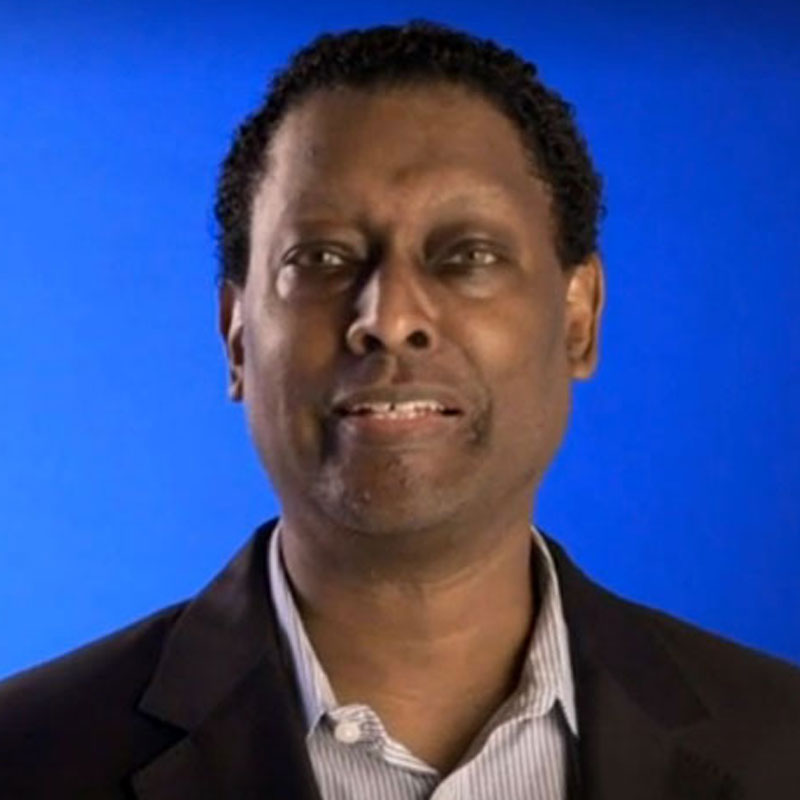 Mark Williams is the founder of MarkusWorks. He has provided consultation for a wide variety... READ MORE 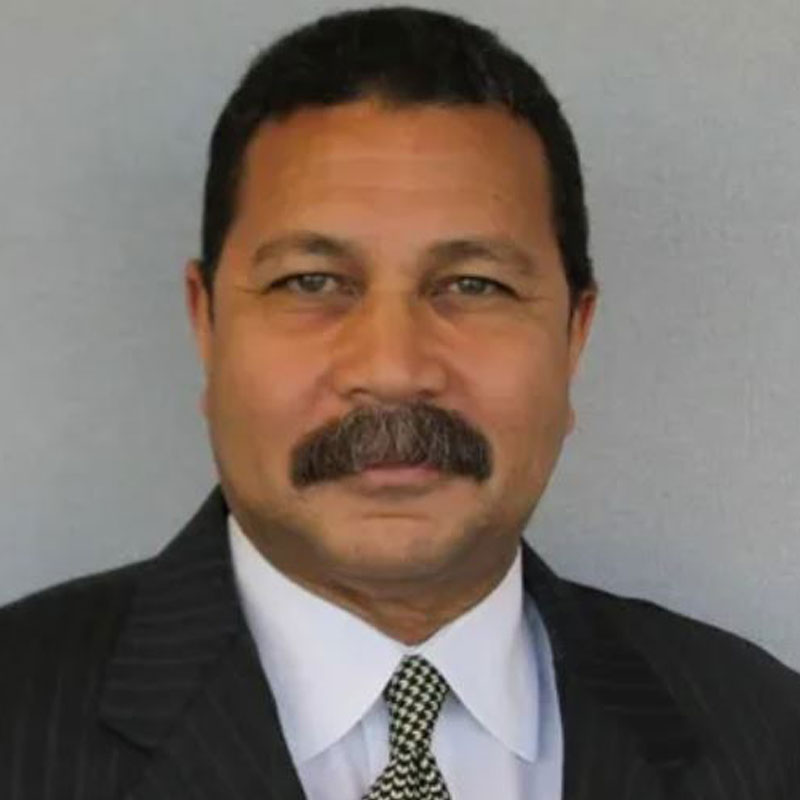 Adonis Hoffman, Esq. is chairman and CEO of Business in the Public Interest, and Adjunct Professor... READ MORE 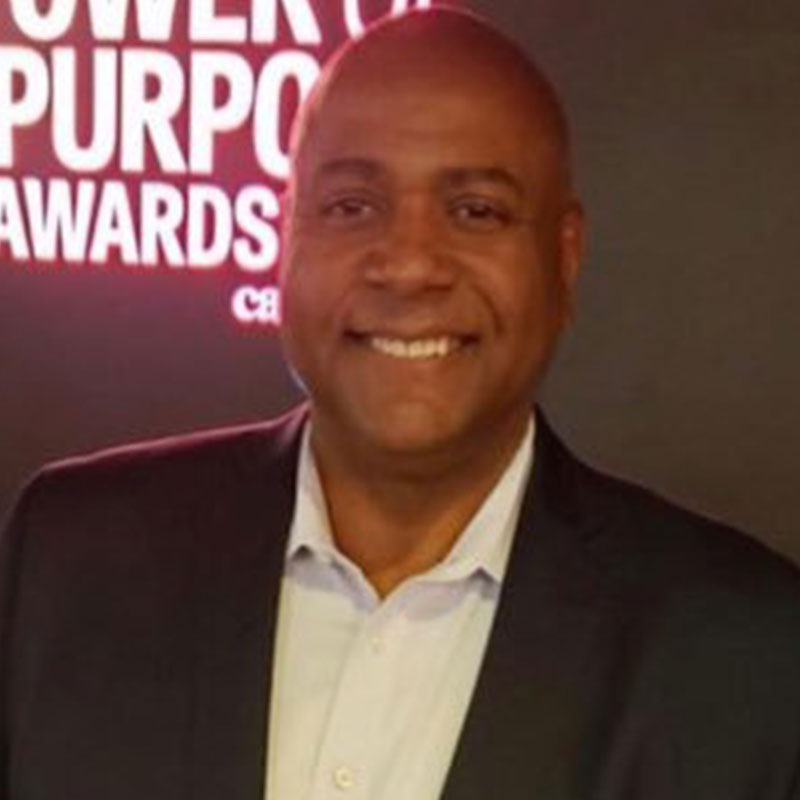 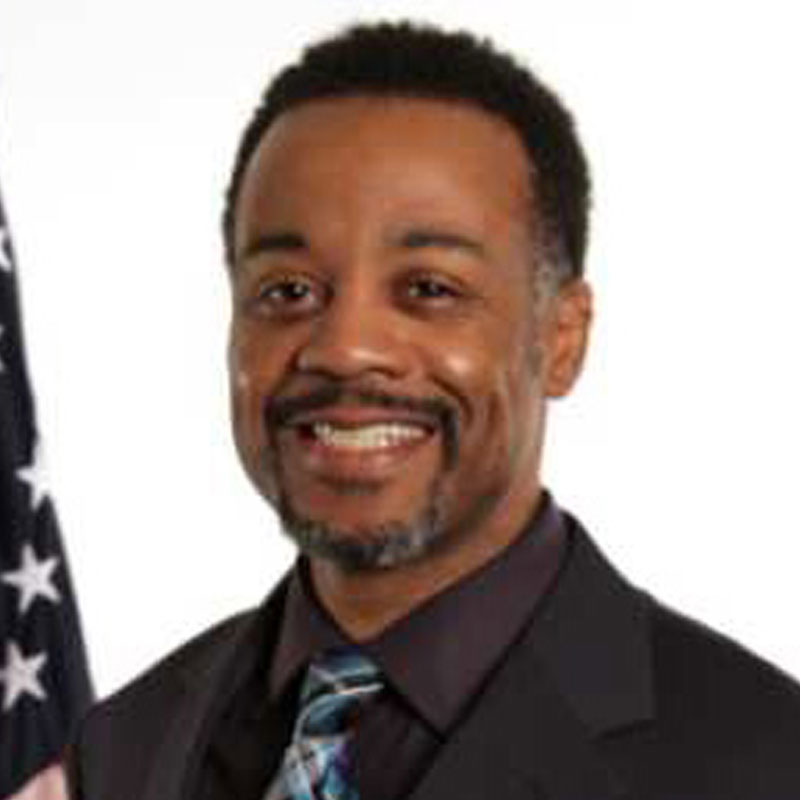 Dr. J. Bruce Stewart, founder and CEO of Small World Solutions, is one of the leading thought... READ MORE

the Social and Organizational Leadership Series

Are you Prepared to Face Today’s Complex Social Environments?

Mark Williams is the Founder of MarkusWorks. He has provided consultation for a wide variety of clients, including Exxon Corporation, AT & T, the US Department of Defense, the Federal Aviation Administration, Avon Cosmetics, Colgate Palmolive, the Agency for International Development, the Central Intelligence Agency, Microsoft, Harvard Medical School, Cisco Systems, Office Depot, Microsoft, EDS, the Food and Drug Administration, the Social Security Administration and dozens of other Fortune 500 companies, associations and educational institutions.

Mark Williams is the founder and co-creator of WIN Insights and has conducted over 200 diversity training presentations. Mark is a highly regarded thought leader, consultant, coach, public speaker, and author of five books, including the best-selling book entitled: "The 10 Lenses, Their Guide to Living and Working in a Multicultural World." Mark is known for his unique ability to integrate conceptual frameworks, research, and diagnostics with web-based tools and multimedia in his facilitation work with organizations, teams and small groups. Mark has conducted extensive research in the field of identity and diversity with leading firms such as Gallup, Zogby, Harris and Survey USA. Mark holds a Master degree in Organizational Psychology from the American For nearly ten years, Mr. Williams was the worldwide consultant for the Marriott International family of companies, coordinating all aspects of their diversity strategy and education programs. He consulted with Marriott's CEO and the presidents of all operating companies and divisions to customize a multimedia program that was used as the basis of their classroom, satellite and video-based training created to reach their global workforce. Before his tenure with Marriott, Mr. Williams was a consultant with the CIA, working with top appointed political leaders to analyze shifting political and social conditions and help the intelligence community respond to the impact of the post-Cold War era. Prior to working with the CIA, Mr. Williams was an Expert Consultant for two years with the United States Department of Education where he served as a consultant to senior managers and political appointees. Mark served on the Design and Facilitation team for the first Congressional Bi-Partisan Retreat held in Hershey, Pennsylvania. Mr. Williams is an accomplished composer and has collaborated with acclaimed performers and such as Vanessa Williams, Patti Austin, and Danny Glover. He began his career with acceptance into the NBC Corporate Associates Program, a competitive management program developed for a select group of individuals in the broadcast industry.

Adonis Hoffman, Esq. is chairman and CEO of Business in the Public Interest, and Adjunct Professor of Communication, Culture & Technology at Georgetown University. He is a member of the Board of Trustees of The Media Institute, co-chairman of the External Advisory Council of Nielsen Media, editor and publisher of Inside the FCC, and a contributor to The Hill newspaper. He provides strategic advisory counsel to organizations and investors on compliance, risk, M&A and reputation management, as well as regulatory and public policy developments.

Mr. Hoffman is a lawyer, business advisor and recognized expert on media, communications, advertising and public policy, with over 30 years of high-level legal, government, and international experience. He has worked with CEOs, corporate boards, U.S. policymakers, foreign leaders, trade associations, institutional investors, embassies, and international organizations on a range of global and domestic issues. He is considered a leading voice on media and communications law and policy, especially FCC and FTC regulations, and provides commentary and insight to policymakers, the news media, and investors.

Hoffman served from 2013 - 2015 as Chief of Staff and Senior Legal Advisor at the Federal Communications Commission (FCC), working with the FCC Chairman, Commissioners and senior staff on key communications policy matters, including Net Neutrality; media ownership; broadcast and wireless spectrum; wireless and broadcast auctions; retransmission agreements; privacy enforcement; consumer protection, TCPA, and several mega mergers in the media, broadband and internet sectors, including Comcast - TWC - Charter; ATT-DirecTV, and over a dozen broadcast and telecom transactions. He served earlier at the FCC from 1998-2000 as Deputy Chief of the Cable Bureau and Policy Advisor to the FCC Chairman, where he worked on the ATT- Media One merger and the AOL - Time Warner merger, and was appointed chair of the Interagency Task Force on Advertising Practices.
From 2000-2010, Hoffman worked as senior vice president and counsel at the American Association of Advertising Agencies (the 4As), responsible for legislative, regulatory and legal matters, and represented the advertising industry before Congress, the FTC, and federal courts. Hoffman helped lead the advertising industry's self-regulatory initiatives, including food marketing, advertising to children, and online consumer privacy initiatives.

Mr. Hoffman served in the U.S. House of Representatives (1990-1993) (1980-1984) in senior legal and policy positions, including committee counsel and subcommittee staff director for the House Foreign Affairs Committee. He was later appointed a senior associate at the Carnegie Endowment for International Peace and senior fellow at the World Policy Institute. His work in constitutional and electoral reform took him to thirty countries in Africa, Asia and the Middle East. He previously worked as Managing Director with Capitol Exchange Corporation; associate attorney at Hopkins & Sutter; and commercial banking at Bank of America. He established and chaired the American Business Leadership Institute; consulted with the Corporation for Public Broadcasting and served as a member of the National Advertising Review Board (NARB).

Hoffman is a Contributor to The Hill newspaper, and his articles have been published in The Wall Street Journal, The New York Times, The Washington Post, Los Angeles Times, Chicago Tribune, Broadcasting & Cable, The Washington Times, Multichannel News, National Journal and Foreign Policy. He has appeared on CNBC, CNN, FOX, MSNBC, PBS, Voice of America, Canadian Broadcasting, and numerous international networks, and has been widely quoted in national news media, including AP, Reuters, Time, and USA Today. Hoffman's Wall Street Journal article on the TCPA was cited in the Petitioner's Brief in Campbell-Ewald v. Gomez in the U.S. Supreme Court, 2015. Hoffman is the author of Doing Good--the New Rules of Corporate Responsibility, Conscience and Character (2010).

Mr. Hoffman earned an A.B. from Princeton University and a J.D. from Georgetown University Law Center. He is admitted to practice law before the District of Columbia. Court of Appeals; the Commonwealth of Pennsylvania; the U.S. District Court for the District of Columbia; the U.S. Court of International Trade and the United States Supreme Court. Adonis and Karla Hoffman have been married for 26 years and have a son and daughter.

Mike Paul is president of Reputation Doctor® LLC. He is a top, strategic, public relations, reputation, corporate communications, crisis management and litigation-support PR expert known worldwide by the registered brand name, the Reputation Doctor®. With over 25 years’ experience in public relations, Mike helps build, maintain and repair the leading reputations and brands of global and national corporations, governments, NGOs, as well as famous people & public leaders in both good times and bad. He is listed among the world’s top crisis PR experts by PRWeek Magazine, called “the Master of Disaster” by Business Week, “Mr. Fixit” by Sports Illustrated and named one of the Top 100 Thought Leaders in Trustworthy Business Behavior in the U.S. in both 2012 and 2013 by Trust Across America™.

Mike resides in New York and is very active in the global, philanthropic and local charitable communities. Mike is currently an advisory board member of the Museum of Public Relations.

He is a current member of The Wise Men, a leading NYC based association of top executives working in corporate communications and public relations.

Dr. J. Bruce Stewart, founder and CEO of Small World Solutions, is one of the leading thought leaders in the field of inclusive diversity. Formerly acting director in the Office of Diversity and Inclusion, Office of Personnel Management (OPM), J. Bruce was the chief architect in the creation of the New Inclusion Quotient (IQ) and the associated government research on implicit bias. The New IQ—a new way of thinking about and measuring inclusive diversity—is founded upon inclusivity and is associated with research conducted around interpersonal intelligence: Some people are smarter than others in helping their respective teams become smarter. According to Bruce, this inclusive intelligence is teachable, learnable, and repeatable and he has led the way in advocating this new kind of intelligence.

J. Bruce is an accomplished, dynamic, energetic, and results-oriented retired military officer with 20 years of experience in all aspects of diversity management, inclusion strategies, and equal opportunity/affirmative action requirements. Previously, as acting director in the Office of Diversity and Inclusion within the OPM, he managed an 11-person staff and had direct oversight on the strategic implementation of the government-wide Inclusive Diversity Plan across all federal sectors. He was also co-chair of the White House Task Force on Overcoming Implicit Bias in STEM.

J. Bruce has a unique portfolio of government experience with a research- and science-based focus together with the ability to generate leadership and organizational buy-in. He has worked and trained within most government agencies and is adept at customizing training offerings for respective agencies based on their unique cultures and organizational missions. Bruce is considered one of the leading D&I experts in the government.

He is author of a book on leadership diversity titled, “Cultural Leadership: The New Chemistry of Leading Differently,” and another to be published later this year, “The Small World Difference: How the Hidden Patterns of Small World Networks Can Create a World of Togetherness.”